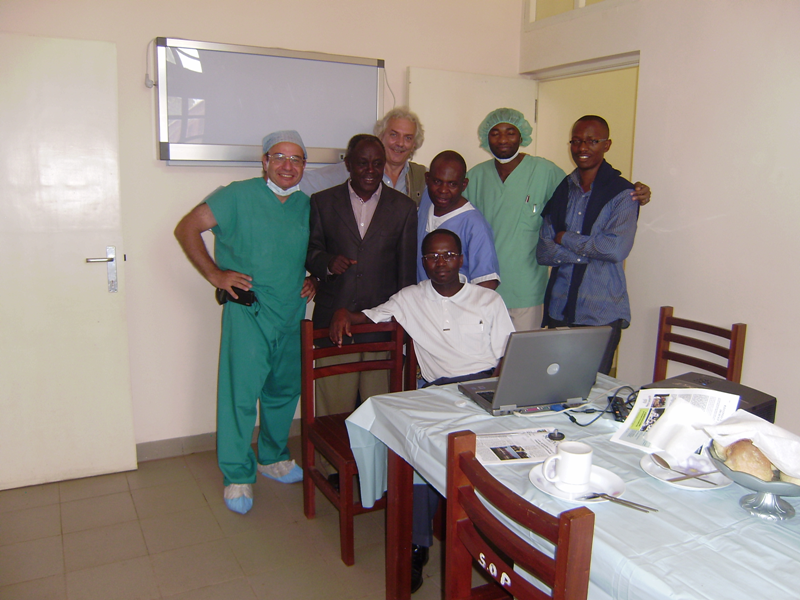 Prof. Parigi at General Hospital of Bukavu in Democratic Republic of Congo 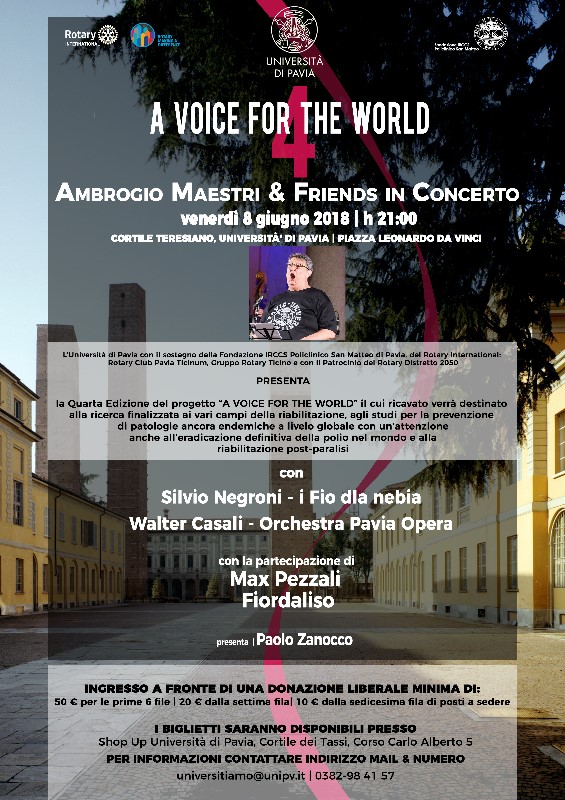 Voice for the World Initiative

In 2017, the University of Pavia signed a protocol agreement with the NGO Emergency to start a collaboration in the areas of strategy planning, scientific research and specialized medical training in the Central African Republic and in Sudan.

A Voice for the World

Thanks to the funds raised, every year, through CICOPS, the University of Pavia provides scholarships for the improvement of studies aimed at the various fields of rehabilitation and prevention of diseases that are still endemic, especially in developing countries.

Paths of education in citizenship for middle secondary schools and high schools of Pavia and its Province. The project is organized by the institute “A. Volta” at the center “Casa del Giovane” in Pavia. The aim is to give students a proper instrument to understand the concept of citizenship and be aware of their rights and duties.

CICOPS had participated in the project since the first edition, held in 2013, offering three days of interactive laboratory every year.

Since 2012, CICOPS, in collaboration with the “Ordinedei Medici” of Pavia has been carrying out a partnership activities with some African hospitals.

In particular, CICOPS works with the hospitals in:

The cooperation involves the deployment of professors and interns; the organization of lectures; the support for the elaboration of experimental thesis; periods of clinic assistance; and technical support to the hospitals.